I decided to redesign characters from the cult 1978 movie Deathsport. I imagined a gritty r rated mid budget retelling of the story which has a surprising amount of lore for an exploitation flick. In the future after the Neutron Wars, the world is divided into a barbaric collection of city states, surrounded by wastelands where only mutant cannibals and independent warriors, known as Range Guides, can live. The city state of Helix is planning war on another state, Tritan. Hoping to prove the superiority of their newest weapons, the Death Machines (laser-equipped dirt bikes), they create a new pastime - Deathsport. Here is the mutant king a leader of mountain dwelling cannibal mutants, Tara a range guide child captured by the cannibals and Ankar Moor a legendary champion of the Deathsport. 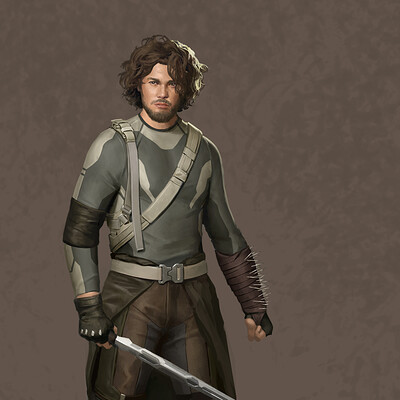 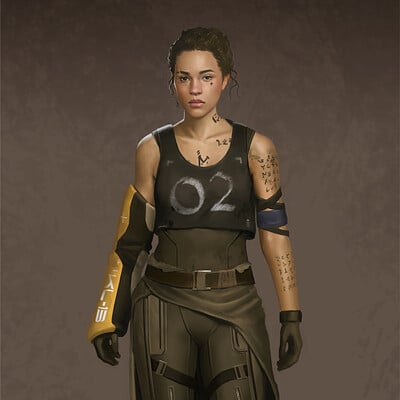 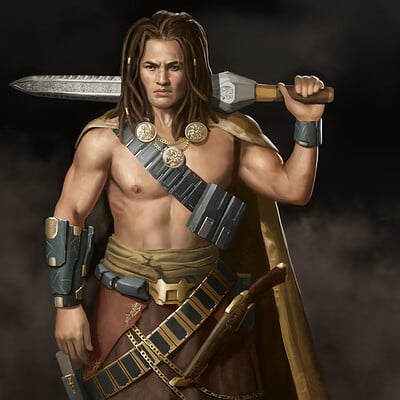